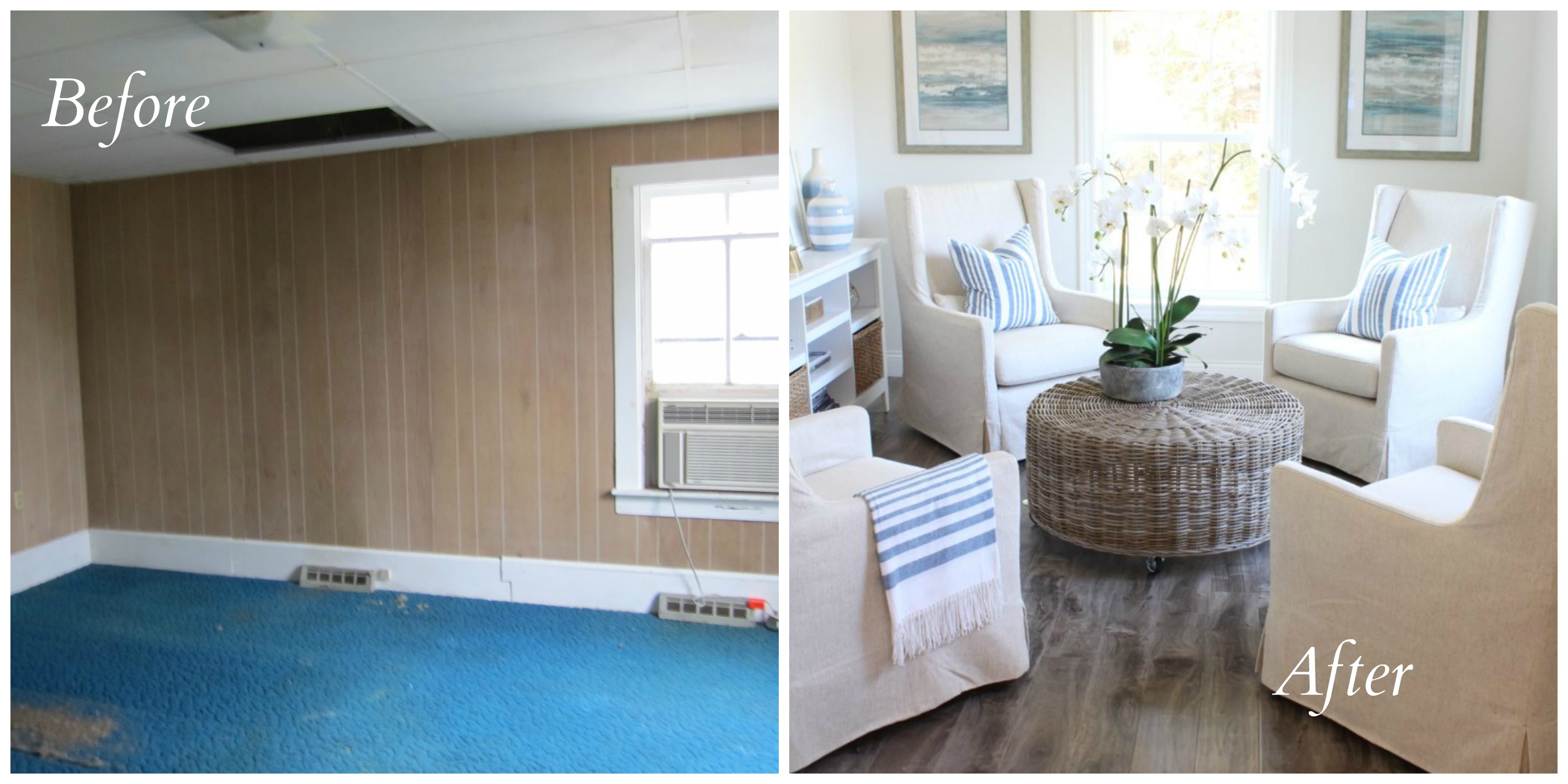 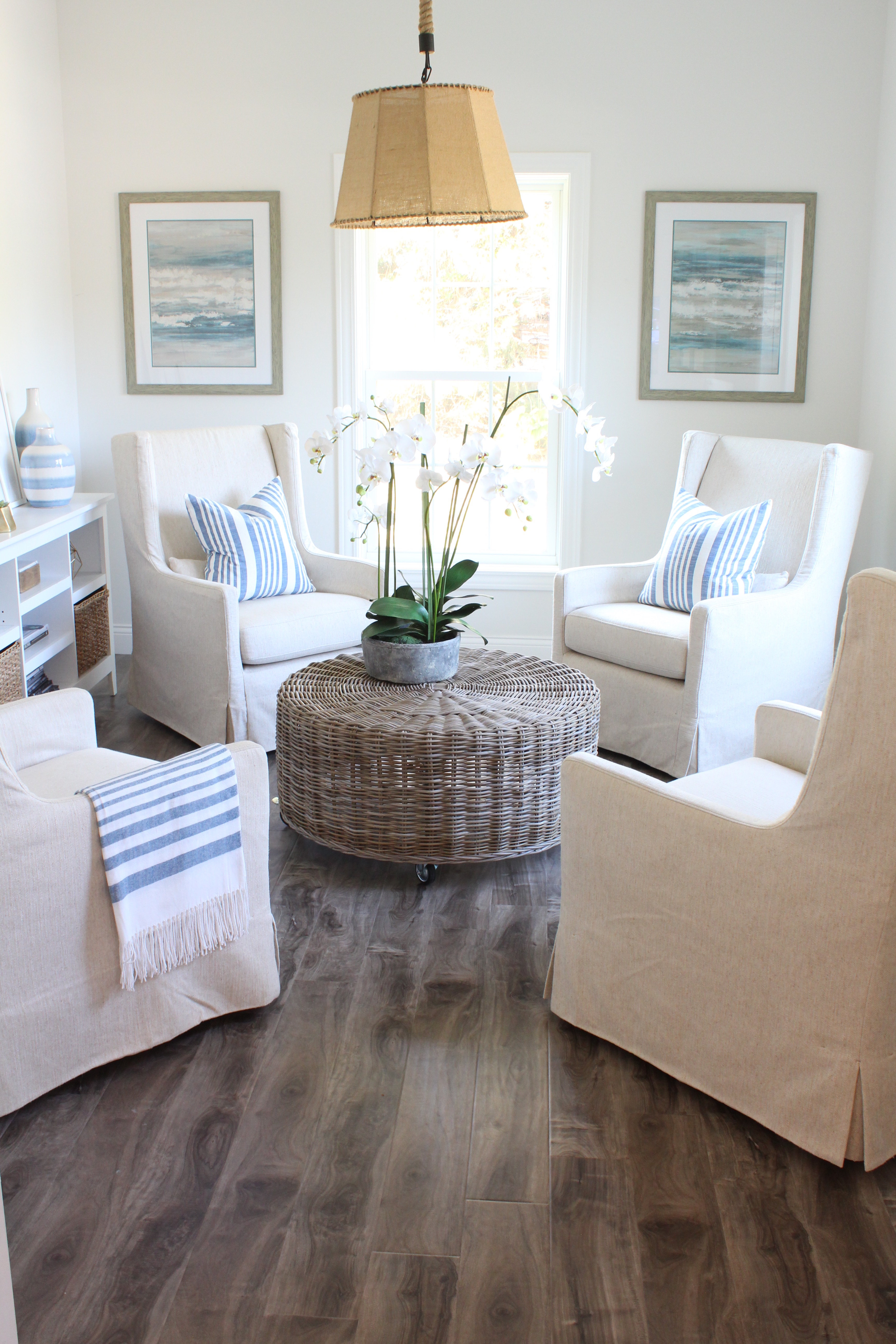 As the New Year is upon us & I have recently spent time reflecting on 2017, I could not help but feel grateful for a few completed projects around our personal home.  In 2012 we purchased an old dilapidated foreclosure home in our hometown, Le Claire, Iowa.  We did a complete and total gut job renovation & addition.  Thanks to my husband’s construction skill & my keen eye for details, we’ve turned this river town cottage into a quaint modern home for our family.  We didn’t actually move in until after the reno was complete in 2013 & it’s taken until now to complete some of the finishing interior design touches throughout the house.  My husband jokes, that I always say just this one more thing & then we’ll really be done!  Ha!  Until I think of the next idea, right!?!  I think our look has evolved since we purchased the home, as have our family’s needs for the space, which leads for ever changing & rearranging!

As I was reflecting on our home, I dug out some old photos from what the house looked like in 2012 when we purchased it.  Wow!  We have come a long, long way!  It’s fun to think that our ideas we had when we first stepped into this old run down house actually came together better than we imagined!

Above the photo is our sitting room, you can see when you walk in the front entry.  It’s probably my favorite room in the house.  Which is why I chose it as the Best Before & After for 2017!  It’s calm, subtle color pallet is relaxing & gives me a sense of peace.  It doesn’t hurt that it’s not used much, so it’s also one of the most presentable rooms on a daily basis, especially during this time in our life where the rest of the house looks like a tornado went through!  Haha!  Toddler life with toys, cars, plastic hell is upon us!  Wouldn’t have it any other way! 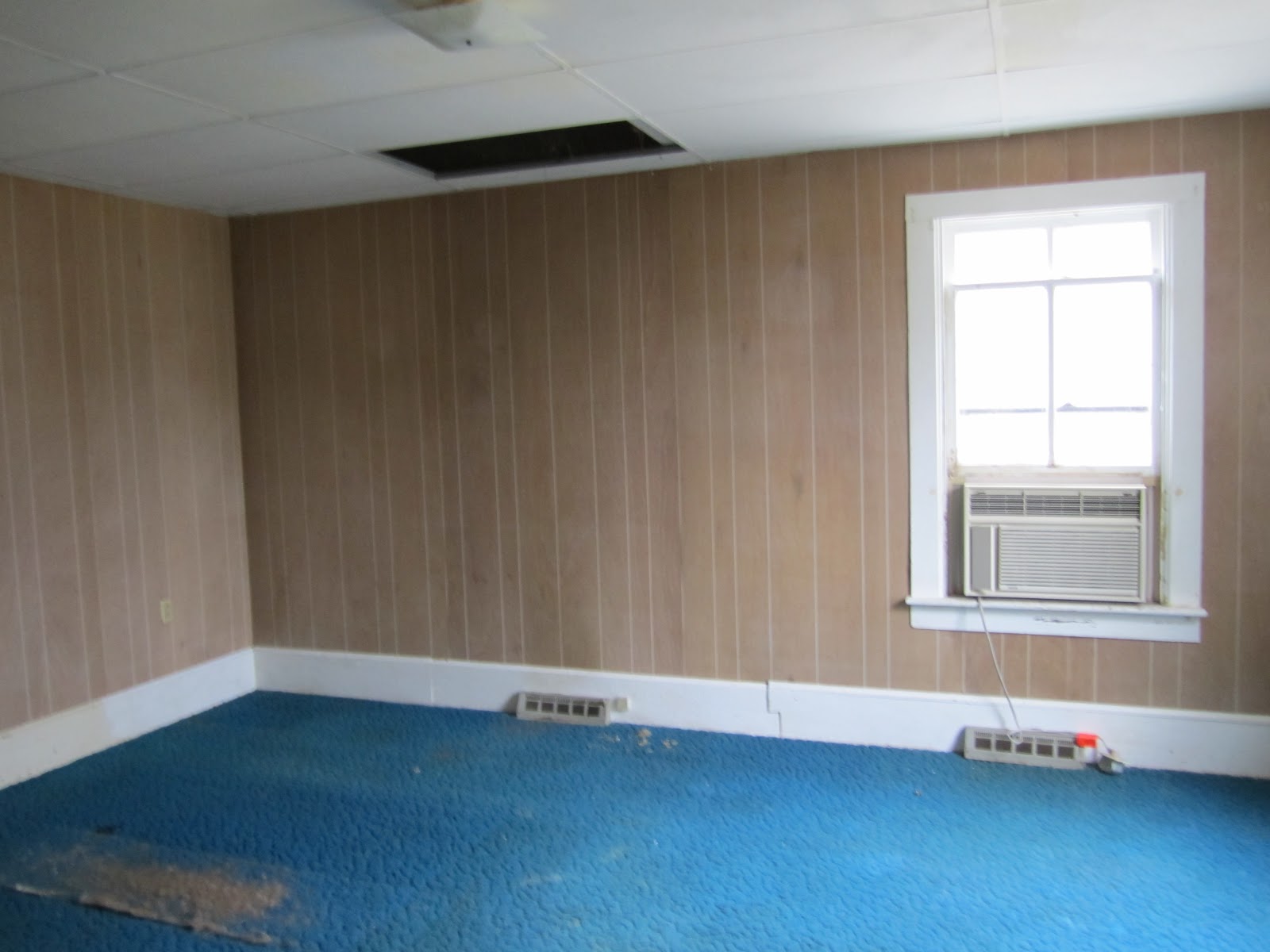 This is what the space looked like when we purchased the home.  It actually ended up being a little smaller than the original room, so that we could add a third bedroom, that sits behind this room.  Pretty crazy before & after!  What were we thinking?!?  So worth it though!  I love how it looks now & it smells much better too, trust me!!! 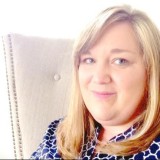 Welcome to Carrie Corson Design. We are a full service interior design studio located in LeClaire, Iowa, dedicated to creating custom designs that reflect our clients lifestyle and personality. We believe a home should be classic and timeless yet styled for modern living.